Taking a look at at the debut full-length record from Dead!

Even before I listen to Dead!’s debut full-length album, I feel like I am already so familiar with it. That’s not to say that it’s the same as everything I’ve heard before, but instead, it is because of how easily the London-based four-piece makes you feel at home when sharing their music. These guys, despite being relatively new to the scene, sound like a finely tuned unit already; rare to see on a debut.

‘The Golden Age of Not Even Trying’ is a treat to the ears; twelve tracks of diverse sounds, melodies and tones that each promote something new for the band. It is packed-full of fire and determination, proving this group of youngsters mean business and they are here to stay.

They kick off with an incredible high, with perhaps more power than ever seen before. ‘The Boys † The Boys’ is a whirlwind of funky rhythms, complimented with bold vocals that scream out to you in the best possible way. Following suit is the familiar chants from ‘Enough Enough Enough’, which only increases the energy and force. It’s fast and exciting and only leaves you wanting more.

Then along comes ‘Jessica’, a track that sounds just as inviting on record as it has when they have brought it out on previous live performances. ‘Off White Paint’ is something different; somewhat slow-paced in comparison with others but shows off their fierce nature in a totally new way that still doesn’t cease to amaze.

The enigmatic ‘W9’ dials the rhythms down and brings forth a melancholic tone across the board and it suits them well. They follow with track after track, each with distinct pulls that bring you back wanting more. The album comes down to a conclusion with ‘Youth Screams & Fades’; an anthem that intensifies over time, creating a giant crescendo of chants and static that finally brings them back to where it all began. I truly think I could write about this album for ages and I surely will be telling a lot of people about it; I couldn’t sing its praise enough.

I am not surprised that this Is truly incredible; the singles they brought out prior to the release of the full record – ‘Up For Ran$om’, ‘The Golden Age of Not Even Trying’ –  may have only been a glint of what was to come but it was a true representation of how impressive these guys really are. They saw a gap in their local music scene and took matters into their own hands, moved to the capital and formed a band. Now that is true rock n’ roll.

The record is a complete triumph from start to finish and will surely put their name firmly in the minds of anyone that appreciates brilliantly raw music. If you feel like discovering a new band that are bound to go places, then now is the good time to check out Dead!. You won’t be regretting it. 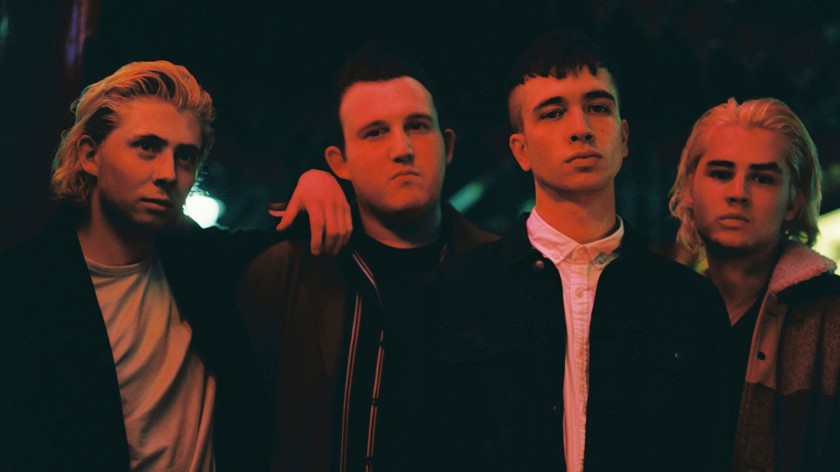 One thought on “Dead! – The Golden Age of Not Even Trying”