Live review from Real Friends/Can’t Swim/Microwave at the Thekla in Bristol – 13.04.17

First Published with The Colour of Vinyl

Forced to postpone their UK tour back in December to take time to address their personal lives, Real Friends make their return to Europe, this time with the assistance from Atlanta’s Microwave and New Jersey’s Can’t Swim. Taking place in Bristol’s iconic ship-shaped Thekla venue, it’s the twelfth night into the quintet’s European tour and it was a sell-out show to remember. With such a brilliant, intimate venue, even fans at the far back of the deck will still get the full experience.

The night opens with Atlanta quartet Microwave, who are making their first appearance in the UK and Europe to provide a succession of post-hardcore alt-rock tracks to entice the audience and prepare everyone for the rest of the night. They waste no time in cracking out the boat puns: singer Nathan Hardy introduces his fellow band members through the means of deck arrangements, with drummer Timothy (Tito) Pittard inhabiting the poop deck.

The group build up their set, as they become more comfortable on stage. By the time they come round to single ‘Lighterless’ they are in their element, filling the tiny venue with bold sounds including a roaring guitar solo. When they wind down with their final song, the crowd is singing along, reading and raring for more. 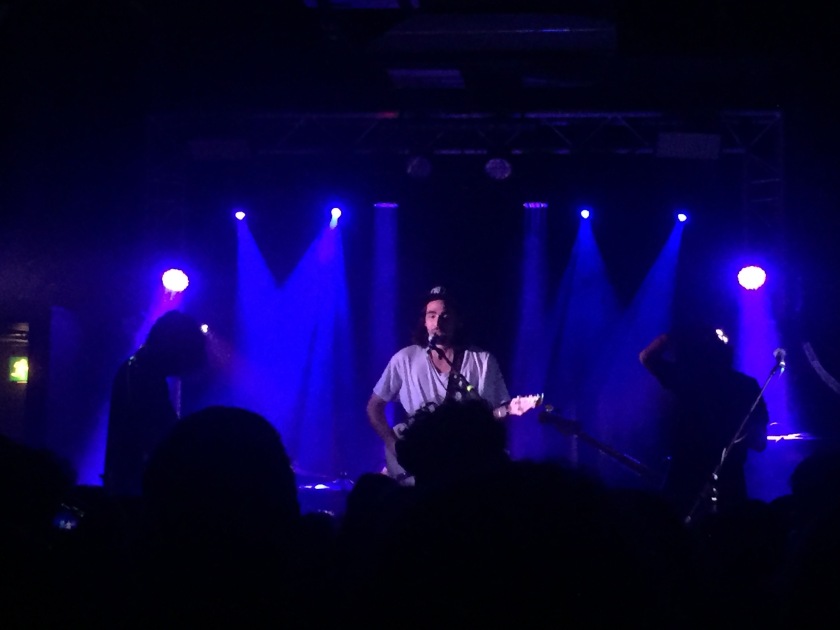 Then New Jersey five-piece Can’t Swim enter the room, and immediately the whole dynamic steps up and completely changes. On the first note of opening song ‘What’s Your Big Idea?’ a mosh takes form in the centre of the audience, with people going crazy over the fast rhythms and bellowing chorus lines “hey hey hey, what you running from”.

They race through a diverse set, covering new songs from their recently released debut album ‘Fail You Again’ including massive track ‘Stranger’, which continues to get the audience chanting along. Vocalist Chris LoPorto pumps up the energy even further during their finale ‘Your Clothes’, encouraging moshers to rock the boat. There’s lots going on during their set, and they evidently know how to get the crowd sweaty. 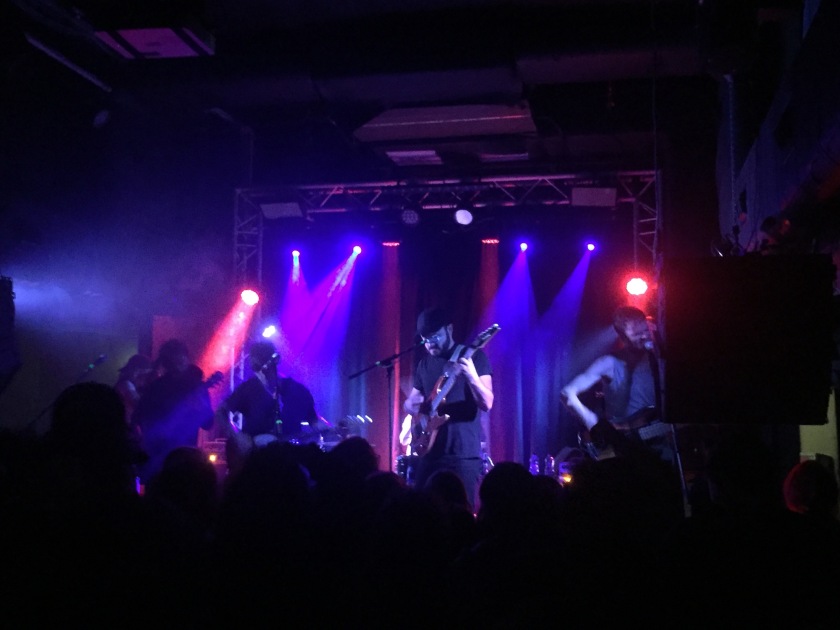 Soon enough, Real Friends take centre stage. After an atmospheric opening tone, the five-piece appear from the darkness and propel into ‘Empty Picture Frames’, the pop-punk showpiece from sophomore album ‘The Home Inside My Head’. The room has instantly heated up as they launch into ‘Loose Ends’, urging a nautical circle pit to take over the room.

The group promise a night to forget the worries of the outside world, demonstrating how music has the potential to supply the ideal escape for anyone. Vocalist Dan Lambert proves to stand as a brilliant frontman as he keeps the audience entertained from start to finish. They bring down the night to a pause on concluding track ‘Mess’, filling the boat with roaring riffs and singalong vocals.

They return back onto stage following a roar from the audience, making a statement by calling out the escalating difficulties that are surrounding individuals with mental health issues: an important subject for many young people in this day and age. They round up their party with the steady going tune ‘I’ve Given Up On You’ and ‘Summer’.

It’s an outstanding, sweaty night of pop-punk and rock appreciation, with Dan Lambert even claiming: “I’m an adult now, sweating away in my jeans”. A night that could easily encourage Real Friends to make a sophomore return to Bristol in the future.